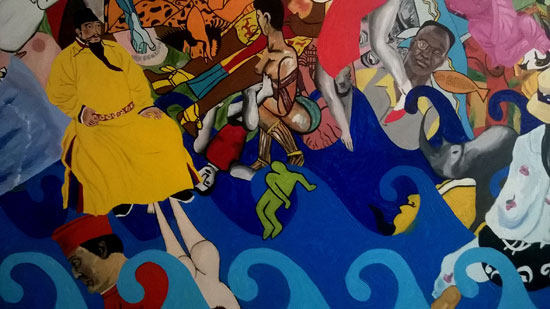 David Grant was born in Scotland in 1986 and has been living and working in Poland for the last 5 years. Working mostly with paint, this exhibition explores the phenomenon of the the flood and it’s impact on human life and civilization past, present and future. All cultures share a common flood
myth and following the end of the last ice age human development and the descent into historical narrative has been swift and all-encompassing. The power of the flood to both destroy a…nd cleanse shapes the natural world but also human populations and the human imagination. The English
language abounds with metaphorical references to floods e.g. „Memories come flooding back”, „To be flooded with immigrants”, „In floods of tears”. Floods are an inevitable occurence, sometimes welcomed, sometimes feared, and in some cases extremely destructive. Water, the bringer of life on
this planet is also often it’s greatest adversary. 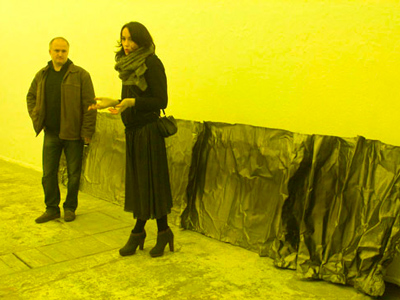 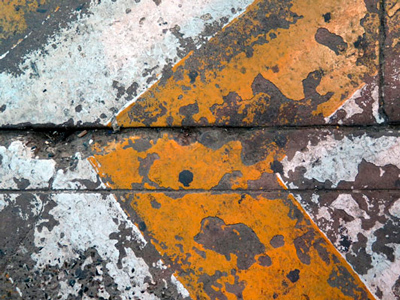 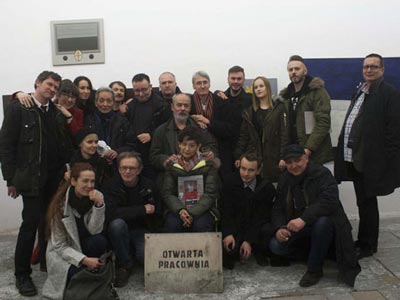